I came across this recent essay in The New York Review of Books by Janet Malcolm on the  difficulties she experienced in attempting to write her autobiography. She writes: “I cannot write about myself as I write about the people I have written about as a journalist.” Enjoy.

I have been aware, as I write this autobiography, of a feeling of boredom with the project. My efforts to make what I write interesting seem pitiful. My hands are tied, I feel. I cannot write about myself as I write about the people I have written about as a journalist. To these people I have been a kind of amanuensis: they have dictated their stories to me and I have retold them. They have posed for me and I have drawn their portraits. No one is dictating to me or posing for me now.

Memory is not a journalist’s tool. Memory glimmers and hints, but shows nothing sharply or clearly. Memory does not narrate or render character. Memory has no regard for the reader. If an autobiography is to be even minimally readable, the autobiographer must step in and subdue what you could call memory’s autism, its passion for the tedious. He must not be afraid to invent. Above all he must invent himself. Like Rousseau, who wrote (at the beginning of his novelistic Confessions) that “I am not made like anyone I have ever been acquainted with, perhaps like no one in existence,” he must sustain, in spite of all evidence to the contrary, the illusion of his preternatural extraordinariness.

Since one of the occupational hazards of journalism is the atrophying (from disuse) of the journalist’s powers of invention, the journalist who sets out to write an autobiography has more of an uphill fight than other practitioners of the genre. When one’s work has been all but done—as mine has been for over a quarter of a century—by one brilliant self-inventive collaborator after another, it isn’t easy to suddenly find oneself alone in the room. It is particularly hard for someone who probably became a journalist precisely because she didn’t want to find herself alone in the room.

Another obstacle in the way of the journalist turned autobiographer is the pose of objectivity into which journalists habitually, almost mechanically, fall when they write. The “I” of journalism is a kind of ultra-reliable narrator and impossibly rational and disinterested person, whose relationship to the subject more often than not resembles the relationship of a judge pronouncing sentence on a guilty defendent. This “I” is unsuited to autobiography. Autobiography is an exercise in self-forgiveness. The observing “I” of autobiography tells the story of the observed “I” not as a journalist tells the story of his subject, but as a mother might. The older narrator looks back at his younger self with tenderness and pity, empathizing with its sorrows and allowing for its sins. I see that my journalist’s habits have inhibited my self-love. Not only have I failed to make my young self as interesting as the strangers I have written about, but I have withheld my affection. In what follows I will try to see myself less coldly, be less fearful of writing a puff piece. But it may be too late to change my spots. 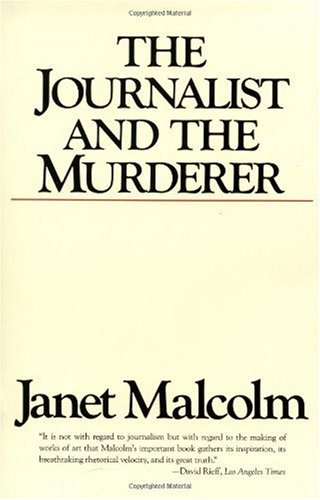 The Journalist and the Murderer is a 1990 study by Janet Malcolm about the ethics of journalism published by Alfred A. Knopf. Attracting heavy criticism upon first publication, it is now regarded as a “seminal” work,[1] and ranks ninety-seventh on The Modern Library’s list of the 100 Best Non-Fiction works of the twentieth century.

The Journalist and the Murderer is an examination of the professional choices that shape a work of non-fiction, as well as a rumination on the morality that underpins the journalistic enterprise. The journalist in question is the author Joe McGinniss; the murderer is the former Special Forces Captain Jeffery MacDonald, who became the subject of McGinniss’ 1983 book Fatal Vision.

When Malcolm’s work first appeared in March, 1989, as a two-part serialization in The New Yorker magazine, it caused a sensation, becoming the occasion for wide-ranging debate within the news industry.[2]

Malcolm’s thesis, and the most widely quoted passage from The Journalist and the Murderer, is presented in the book’s opening paragraph: “Every journalist who is not too stupid or too full of himself to notice what is going on knows that what he does is morally indefensible.” She continues:[3]

He is a kind of confidence man, preying on people’s vanity, ignorance or loneliness, gaining their trust and betraying them without remorse. Like the credulous widow who wakes up one day to find the charming young man and all her savings gone, so the consenting subject of a piece of nonfiction learns—when the article or book appears—his hard lesson. Journalists justify their treachery in various ways according to their temperaments. The more pompous talk about freedom of speech and “the public’s right to know”; the least talented talk about Art; the seemliest murmur about earning a living.”

The journalist and the murderer

Malcolm took as her subject the popular non-fiction writer Joe McGinniss; McGinniss had become a best-selling author with his 1969 work The Selling of the President. Having received a sizable advance payment[4] for the true crime project that would become Fatal Vision, McGinniss struck up a close friendship with the accused murderer Jeffrey MacDonald.

MacDonald, an Army physician, had been charged with the 1970 murders of his twenty-six year-old pregnant wife Collette and their two young daughters.[5] McGinniss secured MacDonald’s cooperation in turning his story into a book: the journalist would report from both the court room and MacDonald’s side. McGinniss shared housing with his book’s subject, exercised with him, and sat beside him at the defense table during his trial.[6]. As Malcolm writes, “They clothed their complicated business together in the mantle of friendship—in this case, friendship of a particularly American cast, whose emblems of intimacy are watching sports on television, drinking beer, running, and classifying women according to their looks.”[7] Within a month of MacDonald’s conviction, the journalist began a series of letters. Malcolm quotes McGinniss’ expressions of sympathy—”any fool can recognize within five minutes that you did not receive a fair trial…it was utter madness”—as well as his tacit assurances that the book would help win his release: “it’s a hell of a thing—spend the summer making a new friend and the bastards come and lock him up. But not for long, Jeffrey—not for long.”[8]

In fact, as McGinniss would later admit, he had become swiftly and easily convinced of MacDonald’s guilt during the trial;[9] in the same months that he wrote warm letters to the now-jailed MacDonald, he was also writing to his editor Morgan Entrekin, discussing the technical problem of not spoiling his work’s effect by making MacDonald, in the book, appear “too loathsome too soon.”[10]

Throughout the years of interviews, as Malcolm writes, “MacDonald imagined he was ‘helping’ McGinniss write a book exonerating him of his crime.”[11] What she terms MacDonald’s “dehoaxing” took place in “a particularly dramatic and cruel manner”—a 1983 taping of the CBS news program 60 Minutes. As host Mike Wallace read aloud portions of the now-completed Fatal Vision, the cameras broadcast MacDonald’s look of “shock and utter discomposure.”[12]

In the published Fatal Vision, McGinniss depicted MacDonald as a “womanizer” and a “publicity-seeker,”[13] as well as a sociopath who, unbalanced by amphetamines, had murdered his family. But MacDonald in person seemed sturdy, unremarkable, and incapable of such a crime. McGinniss drew upon the works of a number of social critics, including the moralist Christopher Lasch, to construct a portrait of MacDonald as a “pathological narcissist.”[14]

But as presented by Malcolm, what drove McGinniss to this strategy were professional and structural liabilities—MacDonald’s “lack of vividness,” his drawbacks as the real-life figure who would serve as main character for his book.[15] MacDonald, charismatic in person, lost vigor on the page. As other journalists noted, when interviewed MacDonald could “sound like an accountant.”[16] 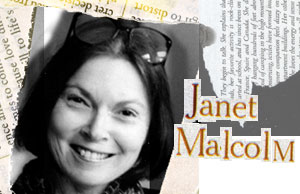 “As every journalist will confirm,” Malcolm writes,

“MacDonald’s uninterestingness is not unusual at all…When a journalist fetches up against someone like [him], all he can do is flee and hope that a more suitable subject will turn up soon. In the MacDonald-McGinniss case we have an instance of a journalist who apparently found out too late that the subject of his book was not up to scratch—not a member of the wonderful race of auto-fictionalizers, like Joseph Mitchell’s Joe Gould and Truman Capote‘s Perry Smith, on whom the “non-fiction novel” depends for its life…The solution that McGinniss arrived at for dealing with MacDonald’s characterlessness was not a satisfactory one, but it had to do.”[17]

In Malcolm’s depiction, it was in order to conceal this deficit that McGinniss turned to social treatises like Lasch’s The Culture of Narcissism. This, to her, is McGinniss’ professional sin. His moral sin—and the basis for her broader journalistic critique—was to pretend to a belief in MacDonald’s innocence, long after he’d become convinced of the man’s guilt. This is the “morally indefensible” position she speaks of on the book’s first page.

The book provoked a wide-ranging professional debate when it was serialized in The New Yorker magazine. As The New York Times reported in March 1989, Malcolm’s “declarations provoked outrage among authors, reporters and editors, who rushed last week to distinguish themselves from the journalists Miss Malcolm was describing. They accused her of tarring all in the profession when she was really aiming at everyone but themselves.”[18] Although roundly criticized upon first publication—by both newspaper reviewers and media observers like former CBS News president Fred Friendly, who descried the book’s “weakness” and “crabbed vision”[19]—it was also vigorously defended by a number of fellow writers. These included the journalists Jessica Mitford, Nora Ephron, Gore Vidal,[20], and Susan Orlean who “endorsed Malcolm’s thesis as a necessary evil.”[21] As Douglas McCollam wrote in the Columbia Journalism Review, “In the decade after Malcolm’s essay appeared, her once controversial theory became received wisdom.”[22]

The book has since become regarded as a classic, and ranks ninety-seventh in The Modern Library’s list of the twentieth century’s “100 Best Works of Nonfction.”[23] Ironically, it appears just one spot below Truman Capote’s In Cold Blood, the first non-fiction novel and originator of the true-crime genre to which Fatal Vision belongs; a quarter-century earlier, it too had been serialized in The New Yorker.

Source: Wikipedia entry, The Journalist and the Murderer. 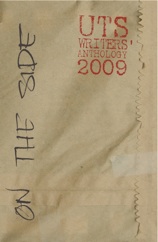 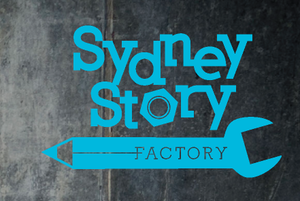