The key issue at the heart of the study of sources is control.  As Philip Schlesinger explains (1990, p 62), the study of sources must take into account  “relations between the media and the exercise of political and ideological power … by central social institutions which seek to define and manage the flow of information in a contested field of discourse.”

Just as the field of discourse is contested, so too are the arguments over whether it is journalists or sources who ultimately control the relations and transactions that occur between them to produce news.

In focussing on the social production of news, Stuart Hall and his colleagues (1978, p 54) argue that the “social identification, classification and contextualisation of news events” within the “maps of meaning” which already form the basis of our cultural knowledge is the fundamental process by which the media make the world they report on understood to their audience. “An event only ‘makes sense’ if it can be located within a range of known social and cultural identifications.” (Hall, 1978, p 54).

This process, in turn, relies on and reinforces the assumption of the “consensual nature of society” (Hall 1978, p 55) – access to the same ‘maps of meanings’ – and leads a journalist to “reproduce the definitions of the powerful” (Hall 1978, p 57).  Journalists construct consensus, but as Hall explains, it is a consensus structured in dominance. This happens, it is argued, through journalists seeking “accredited sources” – the institutional spokesperson – to provide truth claims, so that power is reproduced through the media (Hall 1978, p 58).

The practical pressures of constantly working against the clock and the professional demands of impartiality and objectivity are seen to combine to “produce a systematically structured over-accessing to the media of those in powerful and privileged institutional positions.” (Hall 1978, p 58). Journalists thus tend, “faithfully and impartially, to reproduce symbolically the existing structure of power in society’s institutional order”. 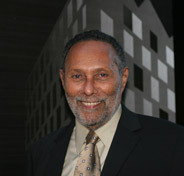 The result of this structured preference given by the media to the opinions of the powerful is that these spokespersons become the “primary definers” of topics (Hall 1978, p 58), with journalists playing a “crucial but secondary role in reproducing the definitions of the of those who have privileged access, as of right, to the media as ‘accredited sources'” (Hall 1978, p 58).

While Ericson agrees that what is at stake in news production is the meaning attributed to events, processes, or states of affairs with “perpetual conflict over preferred signs and appropriate meanings” (1989, p 377), unlike Hall he argues that “from the perspective of sources the news media are very powerful” (1989, p 378).

The relationship between journalists and their sources is a negotiated one and as Ericson sees it: “Negotiation of control over signs and meanings occurs at every stage” (1989, p 377), including:

–         among members and within a particular source organisation;

–         between members of different source organisations;

–         among journalists and editors within a particular news organisation; and

Moreover, argues Ericson (1989, p 378), all news outlets have some fundamental assets that frequently give them the upper hand:

–         the power to sustain coverage that contextualises the source negatively;

–         the power of translation of specialised and particular knowledge into common sense.

While these assets can’t be denied, as the Australian Centre for Independent Journalism study Spinning the Media (2010) found, the majority of stories (nearly 55%) in Australian newspapers are sourced from some form of public relations. Put bluntly, more than half our news is spin, which clearly demonstrates that public relations activities have negotiated the most powerful position of “primary definer” of news and become the most used direct source for journalists.

Ericson insists there can be “considerable variation in who controls the process”, depending on (1989, p 378):

– the type of sources involved,

– the type of news organisations involved, and

For him: “It is a matter of who wants to control whom via news accounts, and how all sources and news organizations involved see themselves fitting into the picture.” (1989, p 378).

“The reality of news is embedded in the nature and type of social and cultural relations that develop between journalists and their sources, and in the politics of knowledge that emerges on each specific newsbeat”, says Ericson (1989, p 377) and this certainly rings true for me but it seems that sources across rounds are becoming increasingly sophisticated in the way they manage and control the knowledge they have.

In the case of the police round or newsbeat in Australian newspapers, the Spinning the Media study (2010) found that the source, the Police Media Unit, certainly calls the shots. It was interesting to learn more of the symbiotic relationship between  journalists and the highly centralised Police Media Unit. The study found that 70% of police stories published in the chosen Australian newspapers over five week days originated from public relations. “Many of the stories are pure Police PR“, write Hollins and Bacon (2010).

The Spinning the Media (2010) team reported on how the police public relations achieve such success:

“Each morning, police reporters in Sydney receive police media emails, anywhere between five and 20 outlining various events.  These incidents may have happened overnight, over the past 24 hours, or be something from a few days previous that the police didn’t want to release until now.

“Police media is a large part of where we gather our information,” said Sydney Morning Herald reporter Dylan Welch, “As sad as it is.” If a reporter gets wind of a story, they can try calling direct to Sydney Local Area Commands, but information is often restricted. ”

Experienced police reporters are cited as saying that the flow of information from police to the media has become more tightly managed and controlled.  “Police sit on stories as journalists wait on the drip feed of information, while staged media events are dutifully published.” (Hollins and Bacon 2010)

As Dylan Welch notes: “Of all the really good reportage formed by investigative reporters relating to crime and police over 20 or 30 years, none of that information has ever come from the Police Media Unit.” (Hollins and Bacon 2010)

In October 2008 I started working at The Australian and this period coincided with the onset of the global financial crisis (GFC). For one of the stories I worked on, together with another journalist, we were assigned the task of getting the low-down on why banks were cutting interest rates on government-guaranteed savings accounts and term deposits.  It was so hard to break through the spin of the media officers of the banks we spoke to. Eventually I got hold of ANZ senior consultant Lee Harris, who gave me 5 words in a quote that got me (presumably and unfortunately him too) in a lot of trouble: “Setting rates is a game.” (Hohenboeken A and Daniele L, 2008)

The following day, the pubic affairs manager for ANZ was on the phone to the paper’s Chief of Staff, demanding to know why we had not gone with the bland and uninformative quote she had “specifically provided for that purpose” and threatening never to deal with the paper again if journalists dared to use “unauthorised” sources at the bank. I was shaken by the ferocity of her attack, even as it was relayed to me second-hand.

“Well done getting the quote, but be careful not to burn your sources,” the Chief of Staff said. His final words on the matter – “Remember: no source, no story” – will stay with me always.

Schlesinger P, 1990, ‘Rethinking the Sociology of Journalism: source strategies and the limits of media-centrism’ in Ferguson M, Public Communication: the new imperatives, Sage.

In the study, 2203 separate stories were analysed across 10 newspapers between September 7 and 11, 2009 to determine whether they were initiated by public relations or promotions.

The 10 newspapers were the hard-copy editions of The Australian, Australian Financial Review, The Advertiser (Adelaide), The Courier-Mail (Brisbane), Daily Telegraph, Herald Sun, The Mercury (Hobart),  The Age, Sydney Morning Herald and The West Australian.

Here’s what came out in the wash:

Is the news you’re reading the work of a journalist … or a PR agent?

Crikey and the Australian Centre of Independent Journalism (ACIJ) at the University of Technology (UTS) Sydney recently teamed up to find out, analysing over 2,000 articles in 10 top Australian newspapers.

Subscribers can read the full results in the dedicated Spinning the Media section of the Crikey website.

And now they have all of the Key Findings in one handy ebook. Download it here.